Third Series: The First Pillar of Petrochemicals: Methane .. 6 of 10

In the previous parts (1, 2, 3, 4 & 5) of the third series we discussed Pillar # 1 (Methane) representing one of the basic building blocks of the petrochemicals/ chemicals industry; and some of its derivatives. In this part, we will continue the discussion of the other products derived from Methane and their manufacturing processes, sub derivatives and applications. 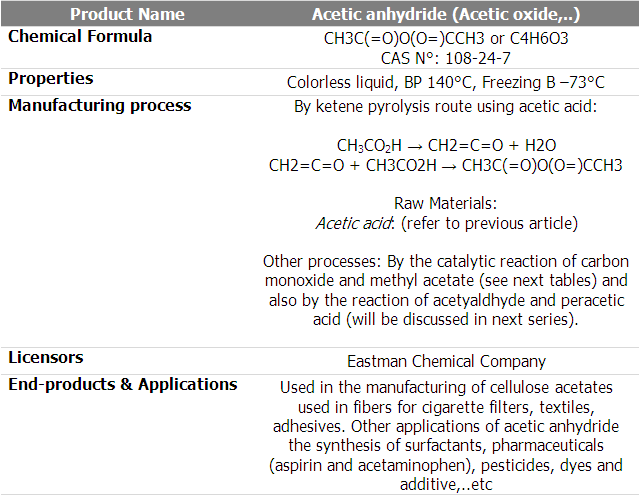 Alcohol acetates are prepared by esterifying the corresponding alcohol with acetic acid in the presence of an acid catalyst such as sulfuric acid (Fischer esterification): 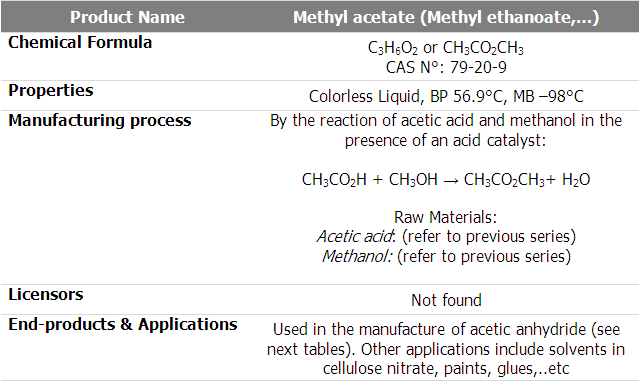 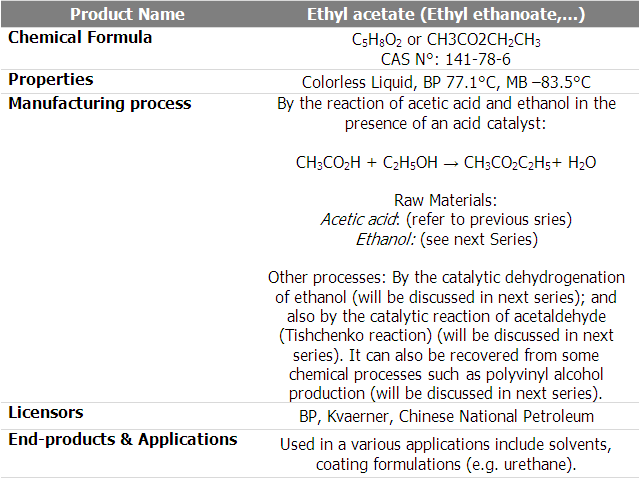 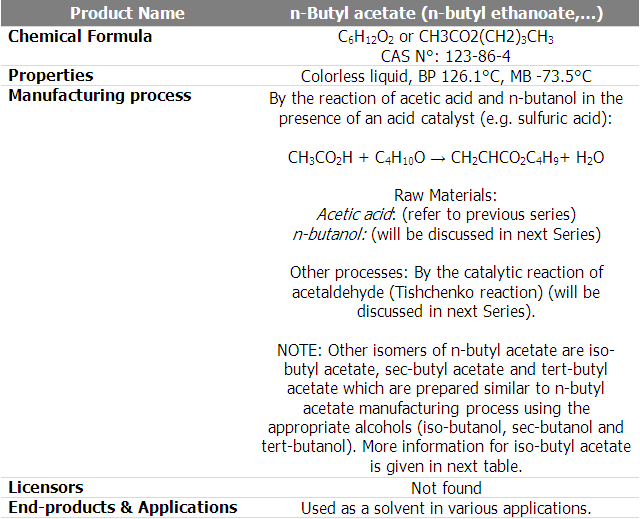 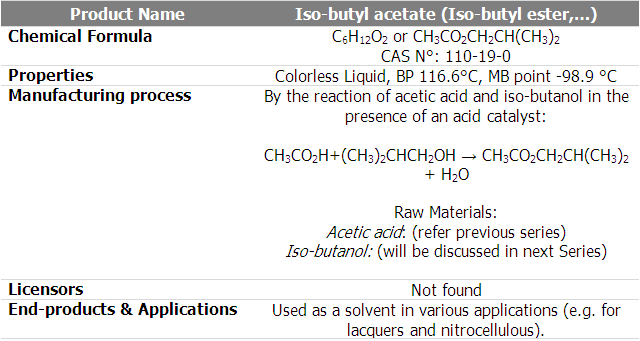 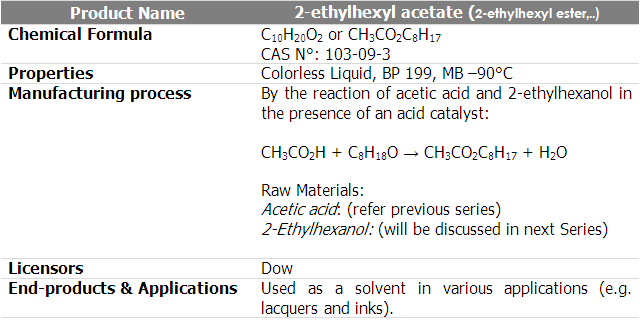 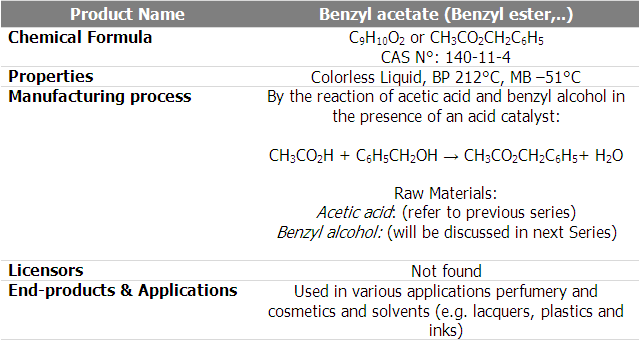 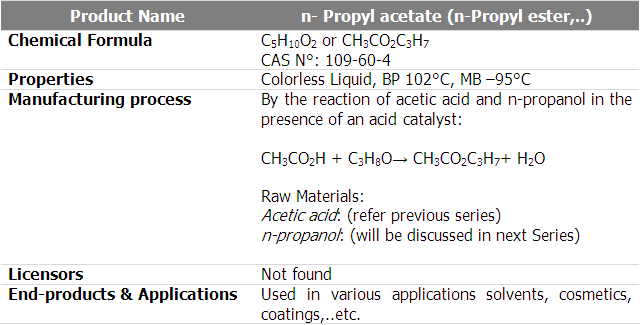 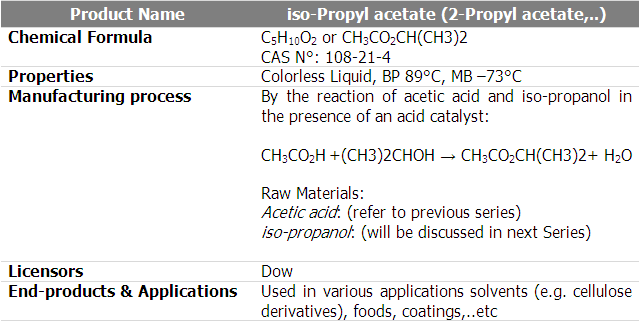 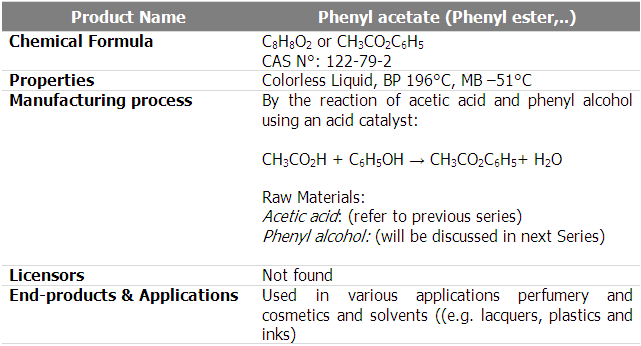 The following tables give more information for some of common products in this group. 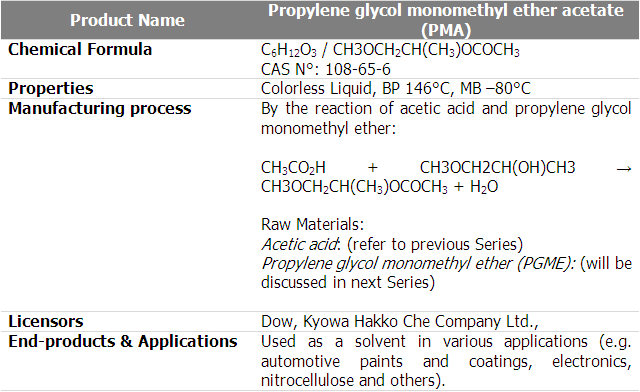 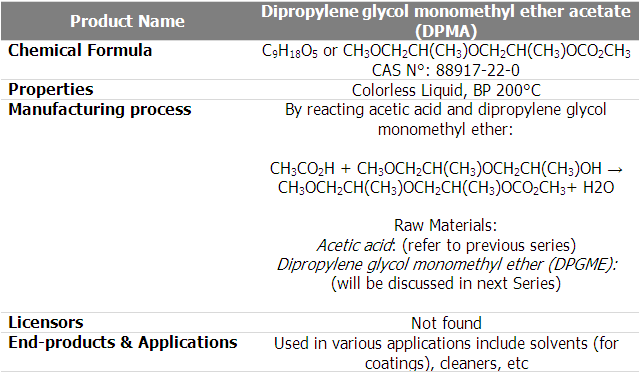 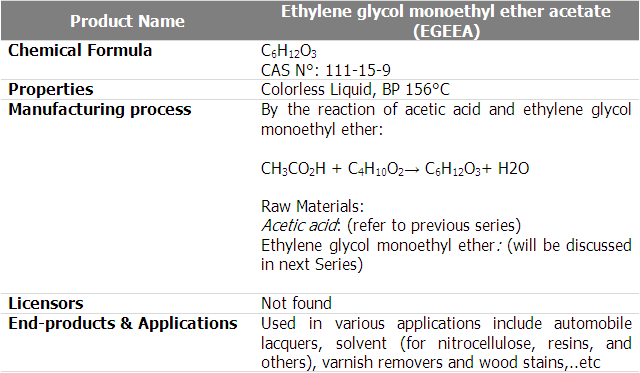 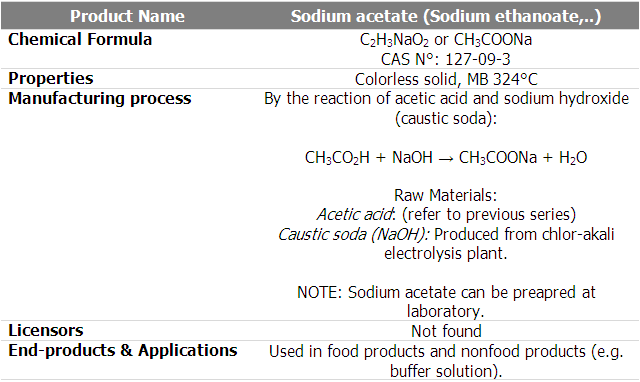 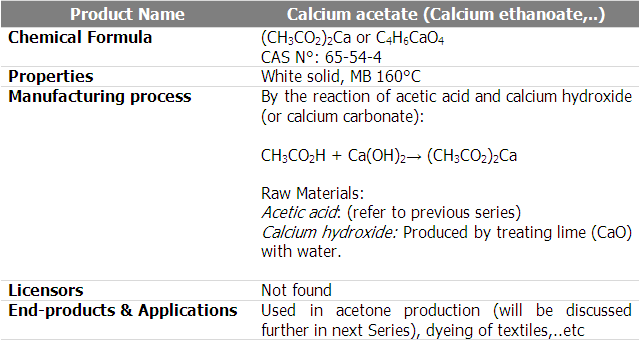 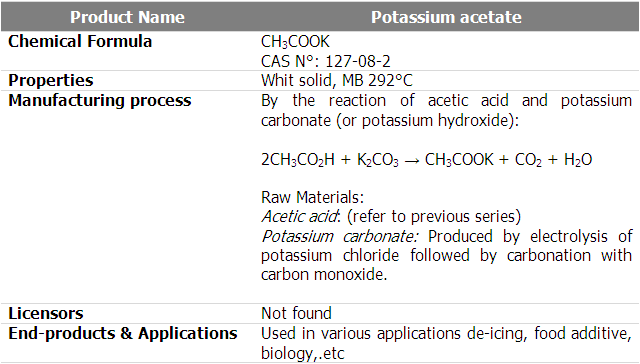 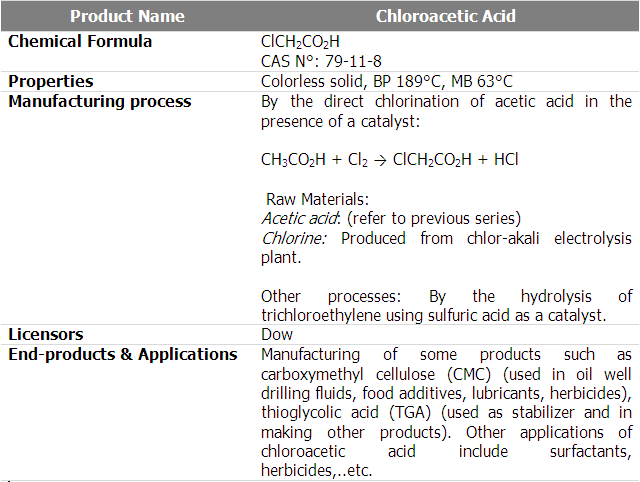 In next series, we will continue the other products derived from methanol.